The web series Khakee The Bihar Chapter, which was released in November, remains in discussion these days. The series is getting good reviews. Now some more such web series are going to be released in December. Which includes many series full of fantasy, horror and adventure and thriller. If you also want a full dose of entertainment sitting at home in winters So here you must see the complete list of web series coming in December. Let us know which series will stream in December on OTT platforms like Netflix, G5 and Disney + Hotstar and Amazon.

DateBaazi
Online dating show Datebaazi is a reality show where many couples will be seen dating. Ritvik Dhanjani is going to host the show. His Asawa Shilpa Shetta, Bharti Singh and Urfi Javed will be seen as celebrate guests. The show can be viewed for free on Amazon Mini TV from 1st December. Tathastu
Tathastu is a stand-up comedy show by Zakir Hussain, which will stream on Amazon Prime on 1st December. Kaisi Yeh Yaariyan Season 4
After delivering three hit seasons, Jio Cinema is now back with the fourth season of Kaisi Yeh Yaariaan which will release on 2nd December.

Moving In With Malaika
Based on the life of Bollywood actress Malaika Arora, her fans have been waiting for a long time for Moving With Malaika. Malaika’s show will stream on Disney Plus Hotstar on December 5. Connect
The Korean drama series Connect will stream on December 7 on Disney Plus Hotstar.

Cat
Randeep Hooda starrer web series Kat is also included in the list of series to be released in December. Kat web series will release on Netflix on 9 December.

Prison 2
Bengali mystery drama Prison will stream on Hoichoi on 15th of this December. 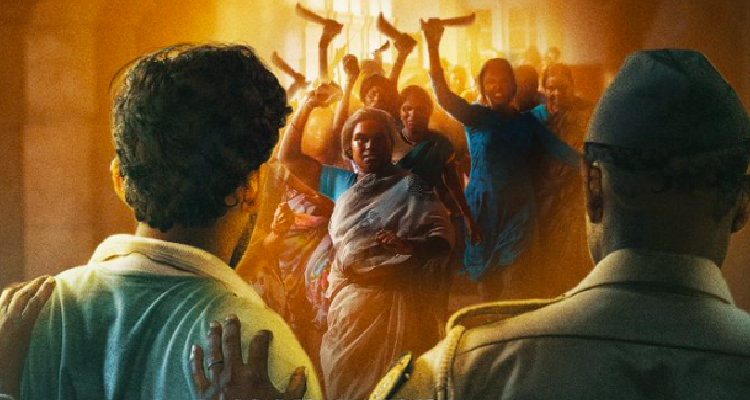 The Recruiter
The English web series The Reciter full of drama and crime will be released on Netflix on 16 December.

The Witcher: Blood Origin
The action, adventure and science fiction fantasy drama web series The Witcher will release on Netflix on 25 December.